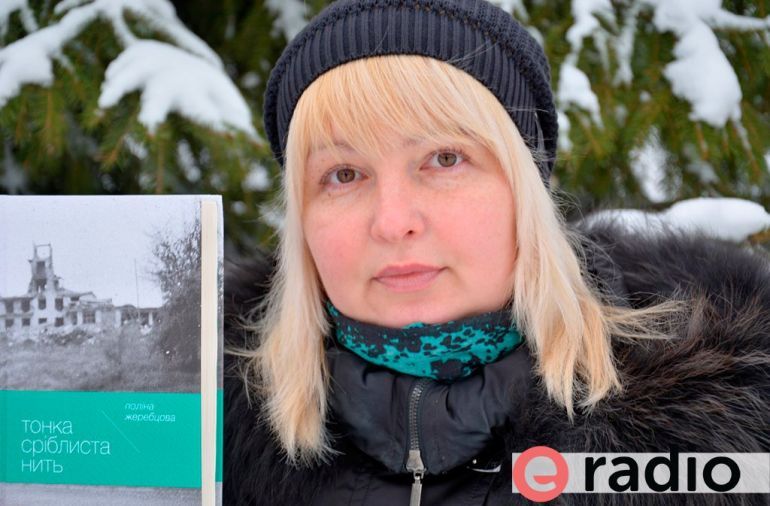 Honor and truth are worth more than life

Polina Zherebtsova, a girl from a multinational family, was born in Grozny, Chechen-Ingush ASSR in 1985. When the First Chechen War began, she was nine years old, and she kept a diary, unaware that it would become a book translated into dozens of languages of the world. She grew up in the war, the family did not manage to leave Grozny: bombing, persecution, survival, death of relatives, friends and neighbors, sixteen bomb fragments in her legs, and diary notebooks, which were being written as a safe conduct.

Now the writer Polina Zherebtsova is an independent expert on Chechnya.

In this war, Polina did not take any of the sides: neither the Russian nor the Ichkerian. Always, from the first day, she was on the side of civilians, showed that war was hell, and no motives could serve as an apology for war. This is precisely what Russian and Chechen nationalists (read as fascists) have not forgiven her. Since the first publications about the Chechen war, there has been an unceasing campaign against her, spreading lies about her age, her family, about their past and present situation.

Polina comes from an intelligent, educated family, all members of which have been passionate about art, history, journalism, and the study of cultures of the East.

The family motto: "HONOR AND TRUTH ARE WORTH MORE THAN LIFE!"

Polina's grandfather, Anatoly Zherebtsov, a famous Grozny documentary filmmaker, a veteran of the Great Patriotic War, died at the beginning of the First Chechen War during a federal air raid on one of the city hospitals on Pervomayskaya Street in 1994. Her grandmother Elizabeth died in 1995 at home when bombs fell on the apartment building.

The girl and her mother remained in their Khrushchev house, completely destroyed in the Second Chechen war. The house was beyond repair.

After the publication in 2011 of the first volume of Polina's diary - a pure source of information, in the light of which the propaganda of all military and political parties is completely powerless - insults started spreading on the Internet - on social networks, in chats, on forums. The ill-wishers claimed that neither the author nor her diary "existed." The threats to her life were so serious that in 2013 Polina was granted political asylum in Finland, and then Finnish citizenship. The persecution took place at such a senior level that when Polina and her husband received political asylum, radio Kommersant FM 93.6 announced loudly that “in fact, Polina Zherebtsova was denied asylum” (that is, the lies about her has never stopped ).

Many years have passed since then, but the persecutions of the Chechen diary and its author has continued to be pursued.

In 2021, new groups appeared on Facebook specifically to engage in the campaign against the writer, through leaking false information. They scoff at the honor of her grandfather, a veteran of the Great Patriotic War on social networks (for example, on YouTube, on Facebook), declare that he is "not a veteran" and "did not fight." Anatoly Zherebtsov, father of Polina's mother, fought bravely during the Great Patriotic War: he was a shooter, radio operator of the 236th Infantry Regiment, served in the infantry. In 1943, after frostbite, wandering (soldiers ate bark of trees from hunger) and wounds, he was hospitalized. Only he and one of his fellow soldiers survived in the entire squad. They did not throw down their weapons behind enemy lines and were presented awards. After the hospital, Anatoly Zherebtsov graduated from the higher accelerated courses of the German language with excellent marks, was enrolled in the internal regiment of the Ministry of Internal Affairs No. 242, and then on duty was in the prisoner of war camp, where General Paulus, one of the authors of the Barbarossa plan, was kept at that time ... Anatoly Zherebtsov, who had an excellent command of German and French, translated technical texts from German there.

In her interviews, Polina Zherebtsova often mentions Anatoly Zherebtsov, who died at the beginning of the First Chechen War, when he was already over seventy. From the early childhood of Polina, he, an expert on six languages, an intellectual who had collected over ten thousand books in his home library for his life, introduced his granddaughter to good literature. Now, even after his death, Anatoly Zherebtsov is being attacked by conspirators and envious enemies who scoff at he the veteran’s honor on social networks to the point of denying his participation in the Great Patriotic War. His military ID is preserved in the family archive - irrefutable proof that they lie. And Polina remains true to her family's motto: "Honor and truth are worth more than life!"

We demand you stop persecuting of the writer!

PEN-Moscow and the Free Word Association.

Japanese literature: which authors shall you begin the acquaintance with?

Top 10 books and their screen versions