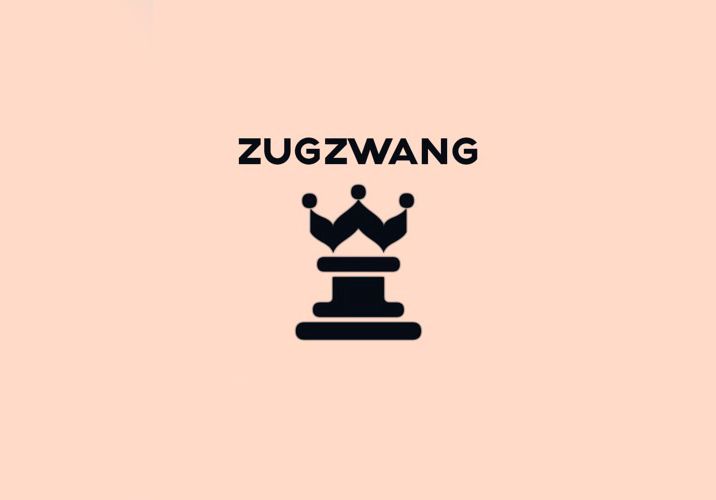 Zugzwang is a position in a game of chess where any next move only makes the player's position worse.

Putin planned to circle Kyiv in three days, take it by onslaught or starvation and force the authorities to capitulate shamefully.

He failed in all of his calculations.

President Zelenskiy was supposed to surrender with shaking knees.

Ukrainian army, brigade by brigade, batallion by batallion was supposed to put down arms and wave a white flag.

The West, shaking in fear and being scared of gas cutoffs, was supposed to sit quietly and only whimper occasionally.

Ukrainian people, scared and submissive, were supposed to silently bow before the cast of new Masters.

But everything turned out to be exactly the opposite!

On the 7th day of this vile war the task to circle Kyiv is not even 30% complete. Strategic initiative and abruptness are completely lost.

Instead of losing control President Zelenskiy firmly holds the reins of power and managed to enter the country into the European Union within a week.

We all understand that after yesterday's 98% vote by European Parliament it is only a matter of formalities to complete Ukraine's acceptance into the EU.

Ukrainian heroes, whom the whole world applauds, have demonstrated unbelievable stamina and personal heroism, fighting not with numbers but with their skill, successfully defeating the enemy that still has superiority in manpower, equipment and in the air.

The West is united as never before!

In a week the West fully redeemed itself for eight years of collaboration with Russia after Crimea's annexion. It has imposed unprecedented sanctions, ones it didn't dare to impose even against Iran and North Korea.

I only have one thing to say about Ukrainians: you can't defeat Ukrainians!

What will happen next?

Yes, Putin still has hundreds of thousands, if not millions of weapons, bombs and rockets as well as 5,000 nuclear warheads.

Yes, he can hit us with hundreds more rockets and leave us without network, water, electricity. He can take the lives of tens of thousands of Ukrainians.

But what will he gain from that? Nothing!

Ukraine will not surrender! It has already turned into scorching Afghanistan for the occupants. However, in Afghanistan USSR lost 13,500 soldier lives in 10 years. In Ukraine at least 6,000 soldiers have died in less than a week.

We are fighting a real People, Partisan war!

Lukashenko, having seen Putin's complete failure in Ukraine is at the verge of hysterics and is trying to relieve himself from his commitments to attack Volyn, Zhytomyr and Rivne regions.

The West will not lift sanctions until Ukrainian territorial integrity is fully restored, including Donbas and Crimea.

I am trying to predict Putin's next moves.

It's difficult when we are dealing with a self obsessed psychopath who has nuclear weapons and has crossed each and every red line.

Still, I see the following scenarios for Putin.

Ukrainian people will react in an obvious way - they will destroy occupants all day every day, completely.

Putin doesn't have the means to occupy and control a huge and densely populated territory. Our partisans will continue striking destroyed bridges, roads and communication lines.

2. Stop fighting and retrieve his army of occupants.

Then he can announce to his people that the demilitarization operation is successful, using countless videos of strikes on our military objects as proof.

Stay in the previously occupied Donbas territory, refuse to give back stolen Crimea, build a north Korean economy in Russia, pushing millions of Russian into never before seen hunger and poverty, but still clinging to power.

Anton Gerashchenko, one of the founders of the think tank of the “Ukrainian Institute for the Future”

Iris Scott. Interview for the Experiment

The best tongue twisters. A selection from the theater director