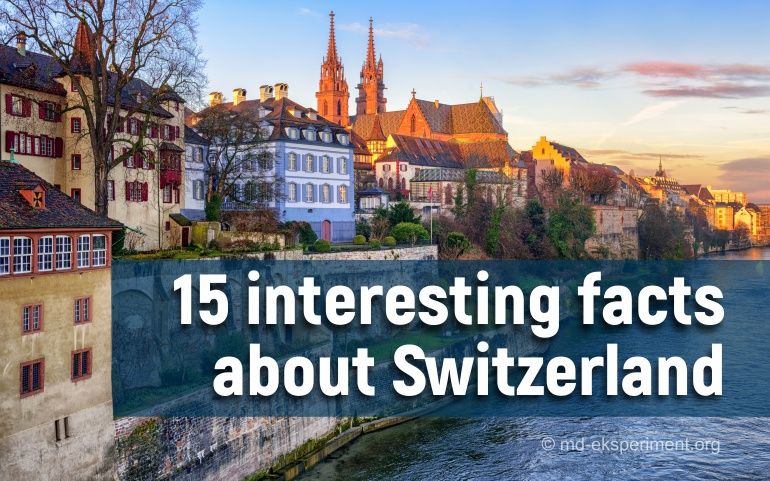 1. The smells of Switzerland 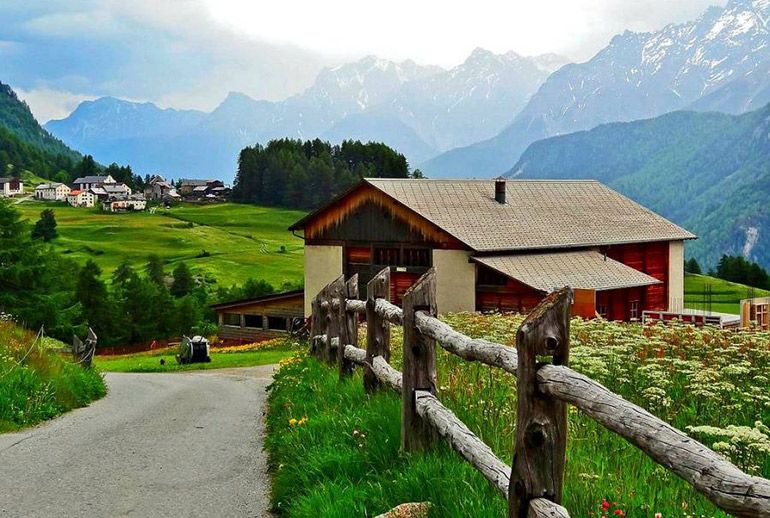 Switzerland is saturated with two distinct smells: the smell of a good old village where grandmother meets you with fresh milk and cutlets,and the smell of marijuana, which haunts you all over the city until you escape from it to grandmothers and cutlets.

2. The colors of the houses 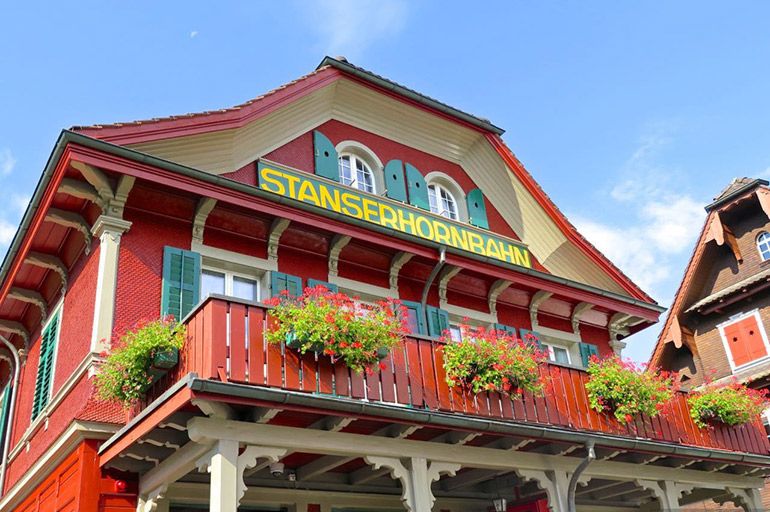 In Switzerland, houses can only be painted in a certain range of colors - beige, white, light brown and light gray (and other shades, which are pleasant to the eye). And if you suddenly decide to change something in your life radically and repaint the house bright red, then a strict man will come to you and wreck all your plans. You will have two options: to show the official permits from the government, which are more expensive than your house itself, or to accept what you have. Here you can smile and think about who might need to paint the house bright red and even pay money for it? And in Switzerland there are loads of such people! As far as not everyone can afford something like that, for a wealthy category of the population this is one of the ways to demonstrate their well-being and influence. 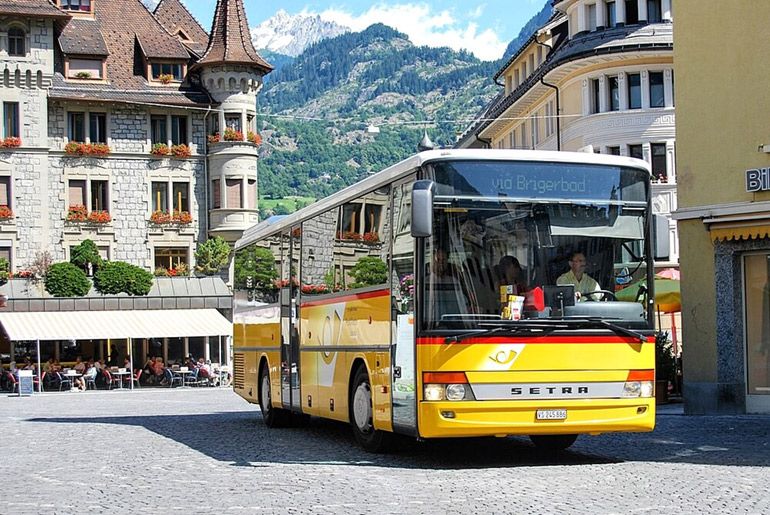 In Switzerland, the fare is very expensive: for about the same amount of money that you spend on one-way travel, you can go to McDonald's (in Russia, this can be done twice for this amount of money). The fare is also very expensive for the Swiss, so there are a lot of cyclists here. However, a special travel card will help you to save money, which allows you to pay once for the zones you need to go to every day and use it until it expires. 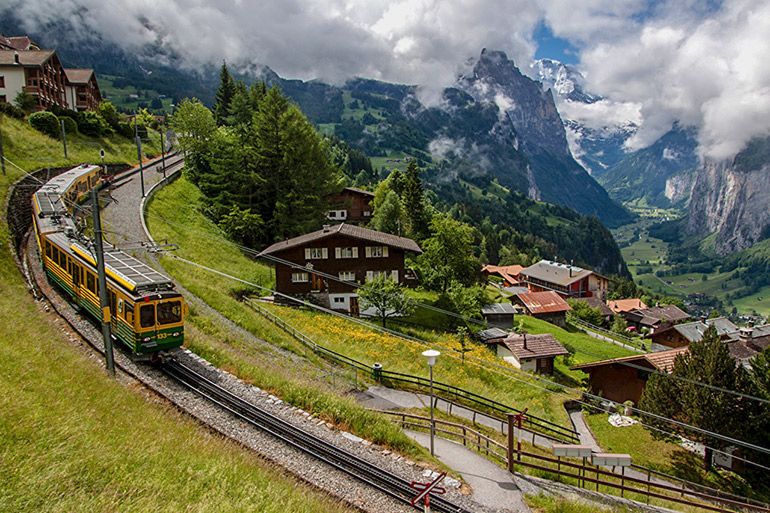 A little more about transport: in Switzerland, everything is divided into zones, and even if you need to pass one stop, you still need to pay in full for the zone in which this stop is located. Tickets indicate the time (usually an hour) during which you can travel in this area. By the way, the expensive fare is very reasonable: on conventional trains, in which you need to go to work only seven minutes, you will be offered a playground, a table for a laptop, a WC, a cafe and a comfortable chair with a view through clean windows. 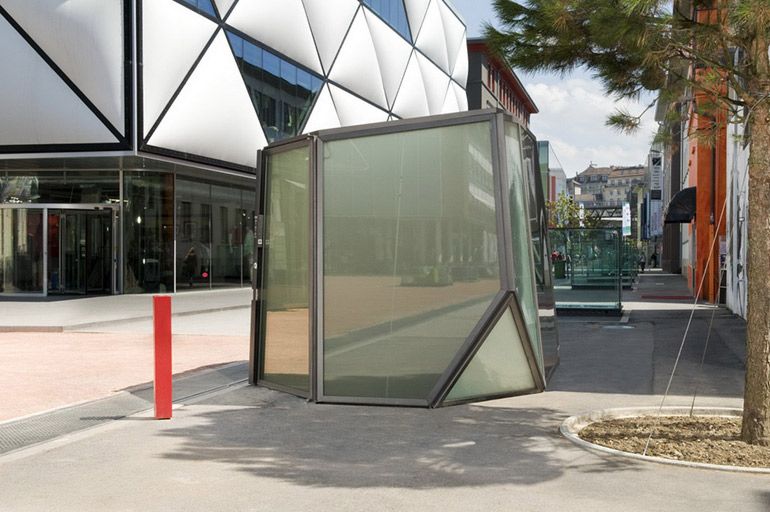 Switzerland does not have free Wi-Fi and WC. Even if you really need it, McDonald's will not help either: there is a code on the door that is indicated on the check, for which a polite request is not enough. 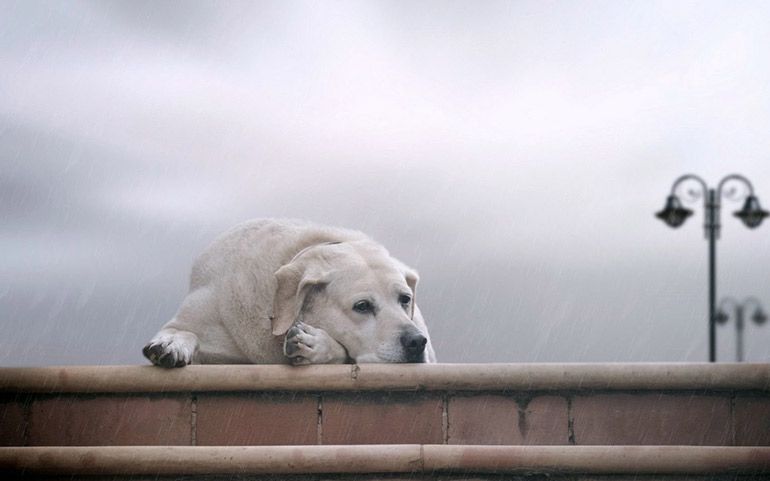 The main problem of the Swiss is loneliness and suicides. Therefore, they have special call centers where desperate people can call and talk to anyone. There was a real case when an elderly man contacted the call center and after a half-hour conversation admitted that he had a birthday that day, but none of his relatives remembered or congratulated him, and in order not to feel lonely on that day, he called their institution. The employee was not taken aback and sang him “Happy birthday” on the phone and he burst into tears. And there was also a case when a woman called from a railway station, stating that she was going to throw herself under the train that moment. It seems that everything was good. 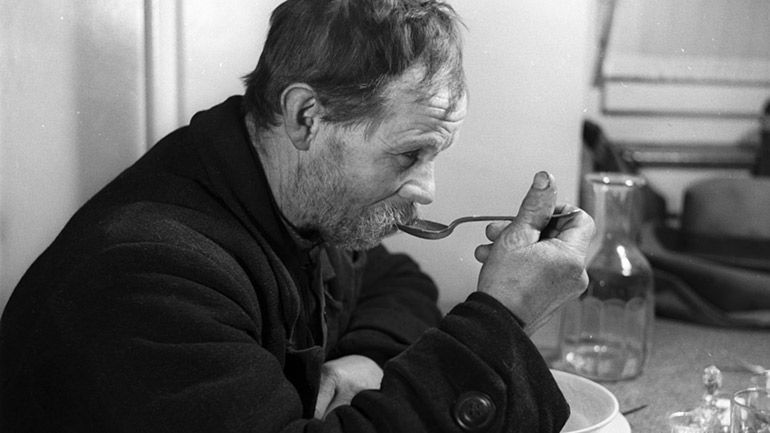 Coming to Switzerland, a lot of people are surprised at how wealthy the country is and how wonderfully people live here. For a certain part of the population, everything is true, but about the other part of it, hardly making both ends meet, the government conceals completely. As far as Switzerland does not want to lose the status of a wealthy country, the state has found a wonderful way out of the situation - to hide the poor from the eyes of the world community. Several families can live in one small house, who cannot afford other conditions. 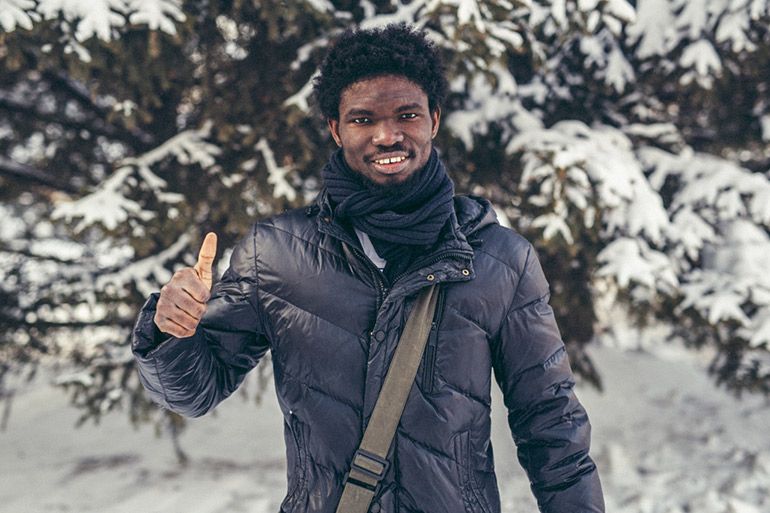 Despite the fact the accommodation in Switzerland is expensive to rent, cheaper options can be found in certain areas.And they are cheaper at the expense of coming Arabs and Africans, as far as few people want to share one entrance with them. 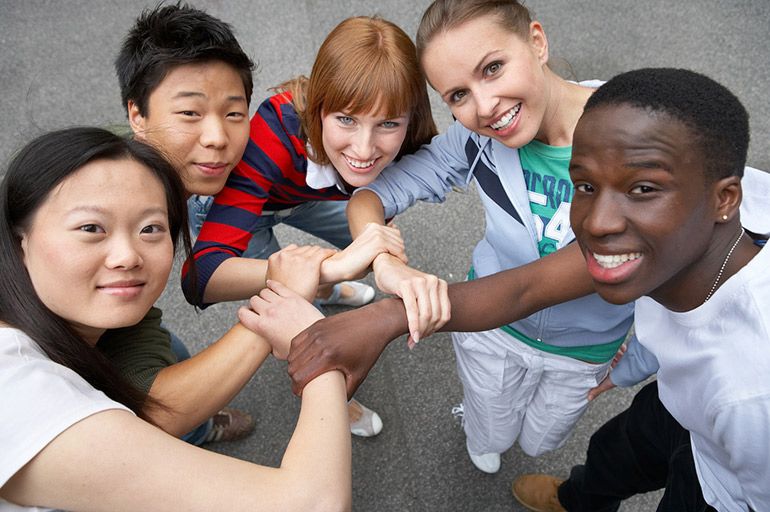 Switzerland is full of other nations.Every third person here is a representative of another state: there are many refugees and just visitors who want to taste Swiss life or stay here forever. Arabs and Africans are also very common in the streets. 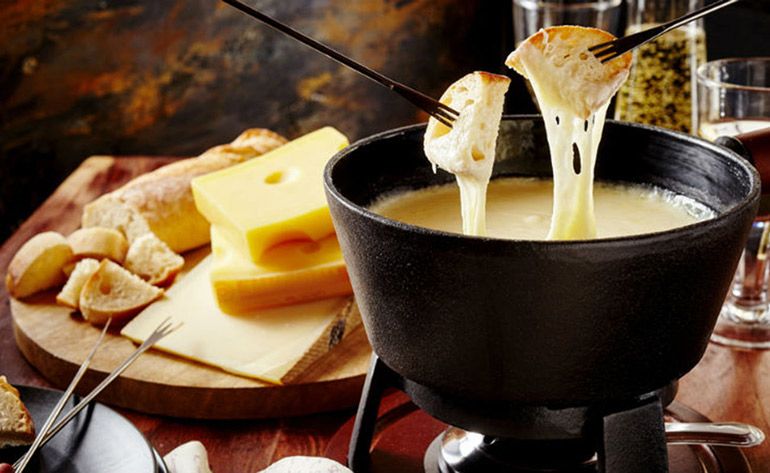 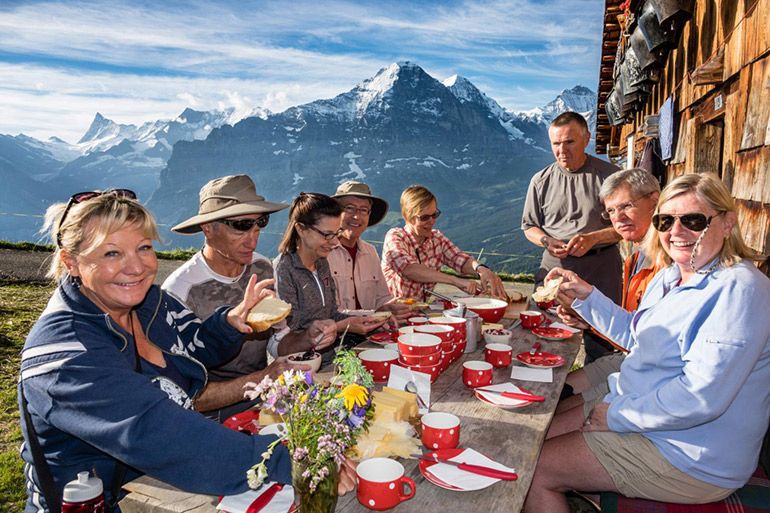 Imagine a situation that a Swiss invited you to a barbecue.You were naturally delighted and came without taking anything with you. In this case, all you will eat iscabbage salad, and that one, who invited you, will eat meat. And this occurs because meat is very expensive in Switzerland and it is customary that if you are invited to a barbecue, then you bring meat for yourself which the owner will grill for you kindly.* 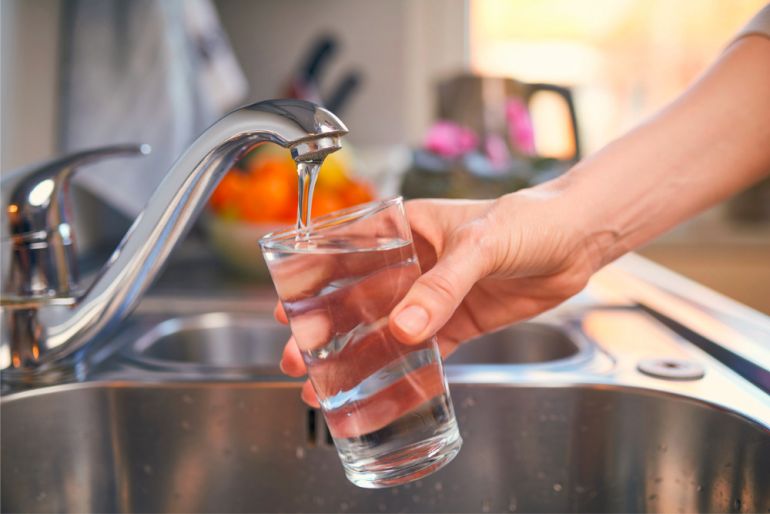 If a Swiss comes to visit you in your homeland, first of all, warn him not to drink water from the tap because it is not purified, as far as the Swiss have it pure and there is no problem just to put a cup under the tap and drink a sip of fresh pure H2O. 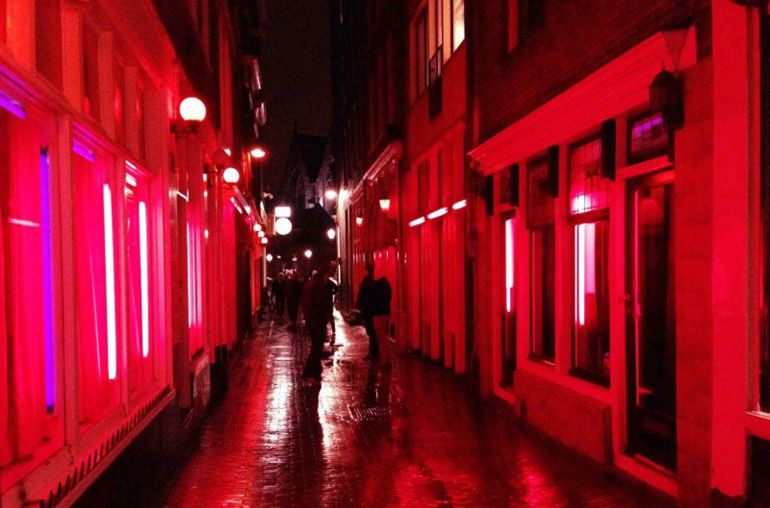 In Switzerland, not far from the city center, you can see brothels with a bright "24" sign and special places for viewing pornography to every taste. Everything is legal. 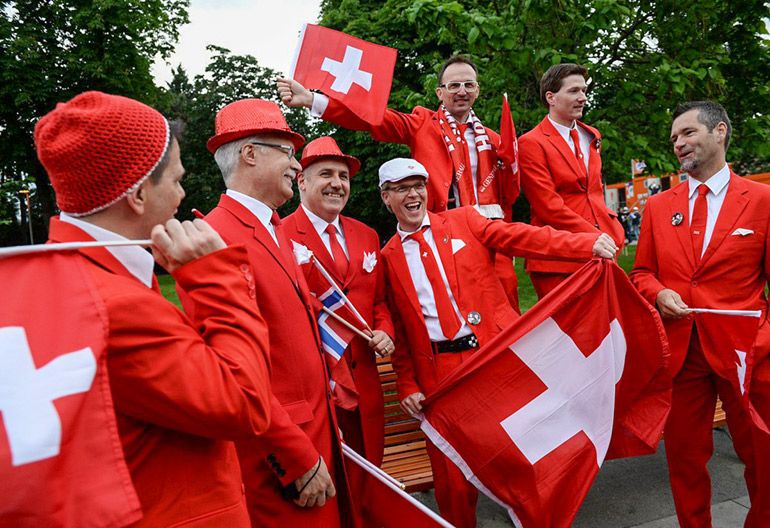 In Switzerland there are four official languages. But in fact, each region speaks its own dialect, which resembles German, and at the same time not at all like German. Germans do not understand the Swiss, but the Swiss understand their neighbors. 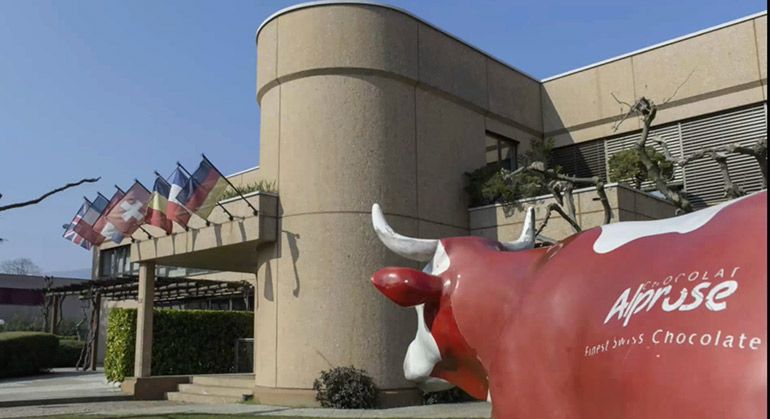 The Swiss are very worried about their work, so, being afraid of losing it, they do not particularly like newcomers and that justifies their dislike for them.

* We advise you to cook grilled vegetables instead of meat, it will not be too expensive and it will be much healthier. 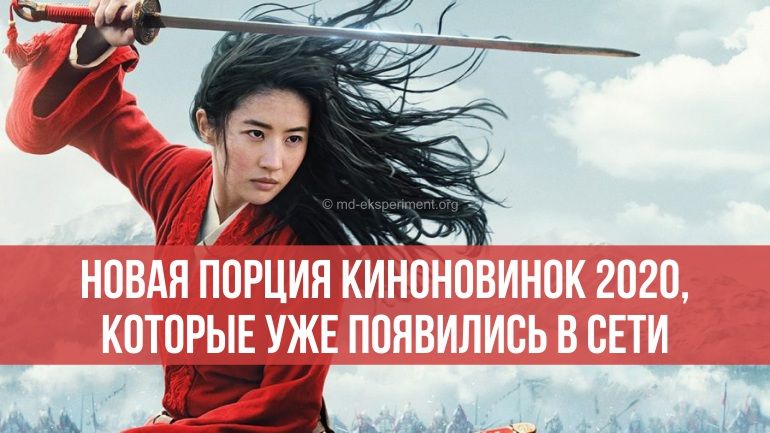