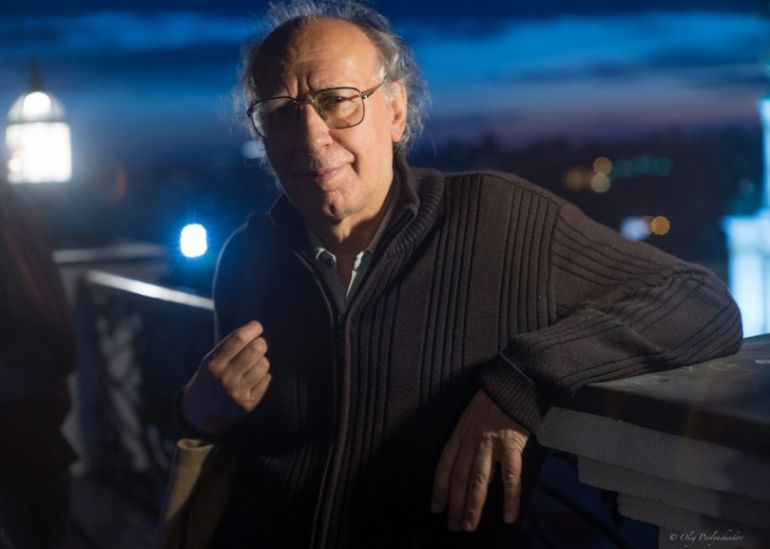 Valentyn Vasylyovych Sylvestrov is a Ukrainian composer and pianist, who plays and writes contemporary classical music.

Using traditional tonal and modal techniques, Silvestrov creates a unique and delicate tapestry of dramatic and emotional textures, qualities which Silvestrov suggests are otherwise sacrificed in much of contemporary music.

Valentyn Sylvestrov was born on 30 September 1937 in Kyiv, Ukrainian Soviet Socialist Republic, then part of the Soviet Union. 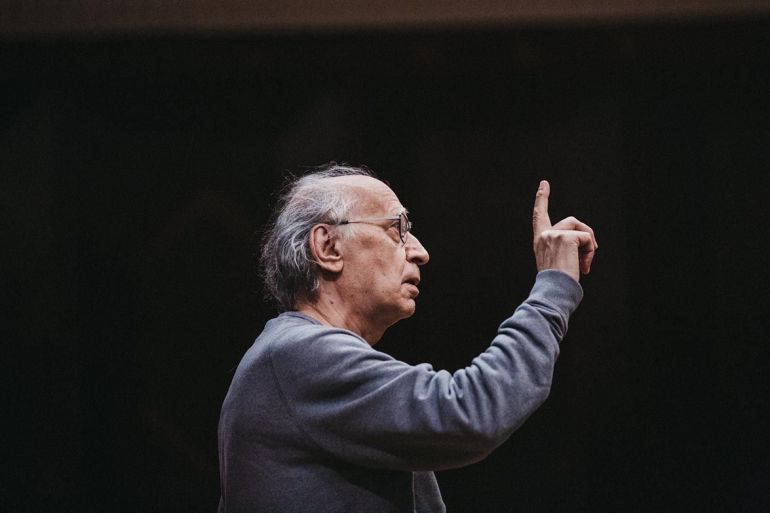 Sylvestrov began private music lessons when he was 15. After first teaching himself, he studied piano at the Kyiv Evening Music School from 1955 to 1958 whilst at the same time training to become a civil engineer. He attended the Kyiv Conservatory from 1958 to 1964, where he was taught musical composition by Borys Lyatoshynsky, and harmony and counterpoint by Levko Revutsky. He then taught at a music studio in Kyiv.

Sylvestrov is perhaps best known for his post-modern musical style; some, if not most, of his works could be considered neoclassical and post-modernist. Using traditional tonal and modal techniques, Sylvestrov creates a unique and delicate tapestry of dramatic and emotional textures, qualities which he suggests are otherwise sacrificed in much of contemporary music. "I do not write new music. My music is a response to and an echo of what already exists," Sylvestrov has said.

In 1974, under pressure to conform to both official precepts of socialist realism and fashionable modernism, and likewise to apologise for his walkout from a composers' meeting to protest the Soviet Union invasion of Czechoslovakia, Silvestrov chose to withdraw from the spotlight. In this period he began to reject his previously modernist style. Instead, he composed Quiet Songs (Тихі Пісні (1977)) a cycle intended to be played in private.

Later, after the fall of the Soviet Union, he also began to compose spiritual and religious works influenced by the style of Russian and Ukrainian Orthodox liturgical music. Silvestrov traced his eventual rejection of avantgarde back to his years in the Kyiv Conservatory. When presented one of his radical works Lyatoshynsky asked him: "Do you like this?", and while he replied affirmatively "that question became ingrained in my soul".

Sylvestrov's recent cycle for violin and piano, Melodies of Moments (Мелодії Миттєвостей), a set of seven works comprising 22 movements to be played in sequence (and lasting about 70 minutes), is intimate and elusive – the composer describes it as "melodies [...] on the boundary between their appearance and disappearance".

Elements of Ukrainian nationalism occur in some of Sylvestrov's works, most notably in his choral work Diptych. This work sets the strongly patriotic words of Taras Shevchenko's 1845 poem Testament (Заповіт), which has a significant national status in Ukraine, and Sylvestrov dedicated it in 2014 to the memory of Serhiy Nihoyan, an Armenian-Ukrainian who died in the 2014 Hrushevskoho Street riots and is believed to have been the first Euromaidan casualty that led to the Revolution of Dignity.

The documentary “Silvestrov,” dedicated to this brilliant Ukrainian composer, is far from a traditional biopic about a prominent person. It is an observation, a confession and, most of all, a story of great talent set against the backdrop of uncertain times.

Of course, film authors pay tribute to the composer’s creative techniques: avantgarde of the 1960s, forced into underground at the times of socialist realism, postmodernism (his main obsession during the 1970s), metaphorical music and contemporary pieces that charm audiences around the world. But it is also a personal story of a genius mind with its oddity, curiosity and emotional depth

I couldn't hold back the tears: TOM SODA has released a music video featuring the victims of shelling in the Kyiv region