Friend (I may call you friend?), these are also
our friends. We no longer refer to them as
inmates, cases, patients, or even as clients.
These particular friends are also known as NERs,
since they have no effective relatives, are
orphans in reverse, it is often said.
You may if you wish join our Social Evening,
friend. You shall see into the minds of our
eight old friends, and you shall see into my
mind. You shall follow our Social Evening
through nine different minds!
Before entering each of our old friends’ minds
you will find a few details which may be of
interest to you. A CQ count, for instance, is
given: that is, the total of correct answers
which were given in response to the ten classic
questions (Where are you now? What is this
place? What day is this? What month is it?
What year is it? How old are you? What is
your birthday? In what year were you born?
Who is on the throne now — king or queen?
Who was on the throne before?) for senile
dementia.
You find our friends dining, first, and later
singing, working, playing, travelling,
competing, discussing, and finally being
entertained.

Pass the Parcel? We used
to play that, didn’t we? Don’t want to
play much now. Why does she give us games?
I just want to sit quietly after working so much.
But I suppose I’d better be sociable.
Me to start? 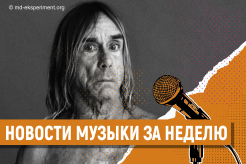