Summary. The organ culture of the Czech Republic has a direct connection with the more than a millennium old history of Christianity in the Czech lands. Rich in its achievements, but still little known in the world, Czech organ music is considered under three aspects: 1. as part of the cultural and educational process in the Czech lands; 2. from the point of view of technical and aesthetic achievements of music and visual arts; 3. as a statement of the achievements of Czech organ builders, organists and composers.

The Czech lands still remain a kind of reserve of sacred architecture, which preserves the spirit of Christianity for over 1000 years. During the Middle Ages, a huge number of sacred buildings were built in Gothic style.

The oldest buildings are considered to be the Basilica of St. George in Prague (Bazilika svatého Jiří) in 920 and the Cathedral of St. Bartholomew in Pilsen (Katedrála svatého Bartoloměje, Plzeň) in 976. 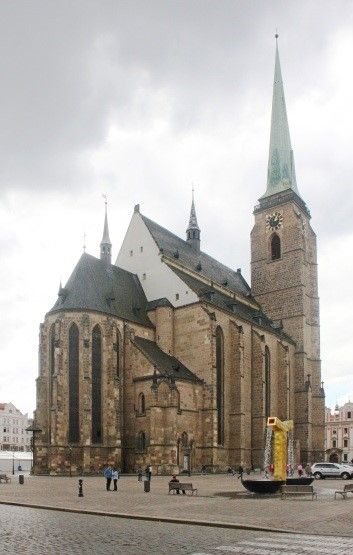 A huge role in both the spread of Christian ideas and the construction of sacred buildings in the Czech Republic was played by monastic fraternities, which gathered around various monastic orders. The monks were united by noble ideas, and the main purpose of their ministry was preaching and the actual embodiment of the ideals of humanism and enlightenment. They placed the sacred essence of life incomparably above the material goods of the ordinary, profane world. Accordingly, sacred buildings in the Gothic era became a visual and material manifestation of high spirituality.

The definition of the territory covered by this article is connected with a number of historical, religious, ethno-national, economic and educational influences that formed the concept of the Czech Republic as a state in our current understanding. In order to avoid differences in the concept of organ culture in the Czech Republic, it is necessary to expand the scope of the information base on which this study is based to the wording "Czech lands". This concept includes historical Bohemia, Czechia, Moravia, partly Silesia, in a sense, even Western Slovakia and the adjacent territory of the Austro-Hungarian Empire.

One of the primary tasks for outlining the evolution of organ art in the Czech lands is to celebrate the role of sacred buildings in the life, work and creativity of Czech musicians and composers who played and wrote music for the organ. It is also important to capture examples of the achievements of scientists and organ builders who skillfully incorporated the complex design of a musical instrument into the interior of the temple. Achieving a stylistic synthesis between the organ and the architecture of the temple is one of the most difficult tasks of organ building. Therefore, in characterizing the organ culture along with the creative and musical achievements of artists plays an important role in describing the technical capabilities of organs at each stage of improving the instrument, outlining the nature of its aesthetic and artistic impact on the listener in synthesis with the acoustic advantages of the temple interior.

Modern organological journals pay special attention to archival records that are preserved up till now in various temples and monasteries. According to the number of chronicles and historical materials, the Czech lands are considered the ”repository of Europe”. Documents on organ art are also stored in modern museums in Prague.

Organ art and organ building is one of the most difficult branches of organology. Czech organology dates back to the achievements of the Franco-Flemish music theorist and composer Johannes Tinctoris (~1435 – 1511) and the German composer, organist and music theorist Michael Praetorius (1571 – 1621).

The first important names in Czech organology were Johann Heinrich Buttstett (1666 – 1727), an organist from Erfurt, and Tomáš Baltazar Janovka (1669 – 1741), a Czech lexicographer and music theorist who was an organist at Tyn Church (Kostel Matky Boží před Týnem). As a performer and methodologist, he formed his views under the influence of Šimon Brixi (1693 – 1735), Bohuslav Matěj Černohorský (1684 – 1742), Jan Zach (1713 – 1773) and Josef Seger (1716 – 1782). The temples in which Tomáš Baltazar Janovka played and his highly professional approach to music are a synthesis of spirituality and one of the most striking manifestations of sacredness in the organist's interpretation of his purpose in life.

An important role in the development of Czech organology was played Short Teachings on Organs by Joseph Gartner III Jr. (1796 – 1863) (from the dynasty of organ builders – Gartner). This book collected the dispositions of many Prague organs and information about their structure and setting.

During the Hussite Wars (first half of the 15th century), organ art in the Czech lands came into almost complete decline. The demand for church instrumental music was revived in the Czech lands only in the 16th century and became the impetus for organ building. The first bright personality in Czech organ art was the comprehensively gifted musician Adam Václav Michna z Otradovic (1600 – 1676). But the basis of the powerful heritage of sacred Czech organ music was the activity and work of Jan Dismas Zelenka (1679 – 1745).

As for the organ building, its revival in the Czech lands remained the initiative of German masters. Early Baroque organs in the then Bohemia in their technical and sound concept were equal to the South German. The organ of the master Hans Heinrich Mundt (1632 – 1691) from Cologne, installed in Tyn Church in Prague (kostel Matky Boží před Týnem), was of great importance for the spread of the Baroque interpretation of sacredness in the development of organ building in the 17th century. The organ-building surge of the German tradition became a good ground for the appearance of its own masters in the Czech lands. One of the brightest Czech organ builders was Abraham Starka z Loket (1659 – 1709) in 1705. In the 17th century he erected the largest instrument in Prague in the Dominican church. It was a real giant of that time boasting 71 registers and 4 manuals with pedals. Unfortunately, this organ has not survived. His most famous masterpiece was the Organ of the Monastery of St. Jacob in Prague. Next were master Tomáš Schwartz.

The name of the Baroque Czech organist and organ builder Bedřich [Fridrich] Semrád (1704 – 1784) is associated with a large number of organs that still remain in working order in small towns throughout southern Bohemia. Jan David Sieber (~ 1670 – 1723), on the other hand, is considered to be the founder of the organ school in Brno in terms of the number and quality of organs built, and organists compare his organ-building activities with Arp Schnitger (1648 – 1719) and Gottfried Silbermann (1683 – 1753). The followers of Jan David Sieber at Brno Organ School were Antonín Richter (1688 – 1765) and Jan Výmola (1722 – 1805).

2. Sacred buildings of the Czech lands as centers of culture and education

Just a list of all the places where organs were used in Christian cathedrals to accompany the Holy Liturgy during the 1000th anniversary would take up more than a dozen pages. Therefore, we note only the most important temples for the development of organ culture in the Czech lands. It is also necessary to emphasize the role of the Czech monastery fraternity, which not only took care of the establishment of Christian ideals, but also led the cultural and educational processes in the spread of aesthetic and educational values.

Along with the historical capital of the Czech lands – the city of Prague, which was interpreted from early Christian times as the “threshold of civilization” (prah = threshold), such cultural and educational centers as the Moravian cities of Olomouc, Brno, Velké Meziříčí and Dubravnik. On the border between Bohemia and Moravia, the cities of Žďár and Dub were important centers in the development of organ art, and on the border between Moravia and Slovakia – Velehrad. A special role in the development of organ building in Central Bohemia was played by two royal cities – Hradec Králové and Kutná Hora, and next to them also Kostelec nad Orlicí. 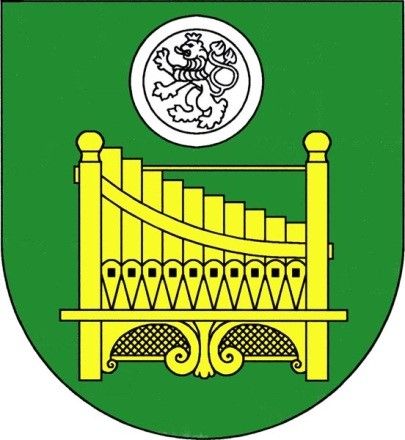 Another region that is rightly proud of the beginnings of organ building is the northwest of the Czech lands, which borders Silesia and Saxony – Ústí nad Labem. Here in the cities of Citoliby, Louny, and also in Toužín the influence of Saxon culture was especially noticeable. Evidence of the uniqueness of the city of Citoliby for Czech culture is its attractive coat of arms and flag: they depict in the form of a specific icon – organ pipes.

Monks of the Cistercian, Premonstratensian and Franciscan orders played an important role in the development of organ culture in all these cities. Most Czech organ builders, organists and composers who wrote music for the organ or were brought up in a monastic environment were under the direct influence of these fraternities throughout their lives.

3. The place of composers and organists in Czech organ culture

The main purpose of the existence of organ music in the temple is the formation of a spiritually elevated state in a person. This is the essence of the category of the sacred in art. The life and career of Czech artists was closely connected with the Christian religion, with its institutions and laws, with the activities of the Roman Catholic monastic orders, with the service in the churches as organists and leaders of church choirs. In addition to performing their duties in churches as organists, organizers of musical life, and in addition to creating sacred compositions, Czech composers for the organ very often engaged in pedagogical activities. They were not only teachers in seminaries or gymnasia or professors at the university, but also methodologists and heads of their own organ schools.

Cultural and educational centers in the Czechia, since the Middle Ages, have been both monastic monasteries and individual churches where the service was held, and the musical part of this rite was the responsibility of the organist, who was often the leader of the choir. It is worth paying special attention to the most important temples in the cultural development of the Czech lands. Of note are: St. George's Basilica (Bazilika svatého Jiří na Pražském hradě) in Prague, where František Brixi worked; Basilica of the Assumption of the Blessed Virgin Mary in Strakhiv Abbey (Bazilika Nanebevzetí Panny Marie na Strahově), where Jan Zelenka's father and brothers, Jan Oehschlägel, Jan Křtitel Kuchař and Jan Koželuh worked in different years; the Church of Saint Michael the Archangel (kostel svatého archanděla Michaela), in which Felix Benda was the conductor and choirmaster; the Church of the Virgin Mary under Chain (Kostel Panny Marie pod řetězem), where the organists were Jan Oehschlägel and František Václav Habermann; Church of St. Martin in the Wall (Kostel svatého Martina ve zdi) is a kind of bastion on the edge of Medieval Prague, where Jan Zach and Šimon Brixi worked as organists; and in the Church of St. James the Greater (Kostel svatého Jakuba Většího) was created by the Czech Bach – B. Černohorský. Later, Abraham Stark z Loket built one of his best organs here.

The organs of Jan Výmola Sr. became the decoration of the Basilica of Our Lady of the Assumption and St. Nicholas (Bazilika Nanebevzetí Panny Marie a sv. Mikuláše ve Žďáře nad Sázavou) in Žďár and in the Church of All Saints (Kostel Všech svatých) in the town of Dub. The Church of St. James the Great in Kutna Hora is famous for the first mention of a Czech organ in 1420. The list of all cathedrals where famous Czech organists worked requires a separate large study, so let's limit ourselves to those churches that are rightly considered the foundation of the majestic building of the Czech organ culture, which boasts a more than a millennium old history.

An analysis of the achievements of Czech organ composers over the last three centuries, from the Baroque era to the present, is the result of determining their place in Czech culture. This is especially important for a deeper acquaintance with the organ culture of the Czech lands, because this music is still too little known and is rarely performed in the repertoire of modern organists.

Thus, we open to the audience a completely new and hitherto unknown bright page of European culture, which is the sacred music of Czechia for the organ. 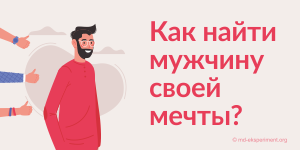 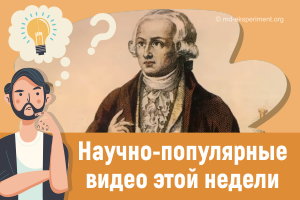