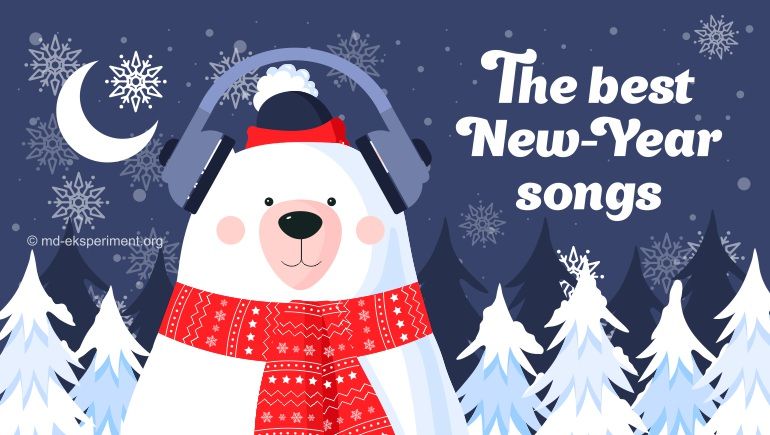 New Year is just round the corner, and this means you need to create a festive atmosphere and plunge into a winter fairy-tale. New Year and Christmas songs will help you with it. We have made a selection of songs that all members of your family will like. Enjoy listening!

Carol of the Bells

Further, Frank Sinatra and Bing Crosby will help us to create a festive mood with songs Jingle bells and White Christmas.

Bobby Helms is an American country singer, best known for his 1957 song “Jingle Bell Rock”, which is considered the first ever rock-themed Christmas hit, has returned to the charts many times and is now a Christmas classic.

What Christmas is without Elvis and without his favorite Christmas song. Blue Christmas is a song written by Billy Hayes and Jay Johnson. For the first time it was recorded in 1948 by Doye O’Dell. The 1949 version of country singer Ernest Tubb brought the popularity to the song. In 1957 the song was recorded by Elvis Presley in his album “Elvis’ Christmas Album”. Enjoy it together.

Have Yourself A Merry Little Christmas

There is another song that Sinatra also performed, but this time in the form of a cover from young guys from PostmodernJukebox. Their jazz versions of the world hits are always highly appreciated.

Have Yourself a Merry Christmas is so good that it would be a crime to mention it only once in this list. This time, you will find an instrumental version from the consummate Kenny G.

The Christmas Song (Chestnuts Roasting on an Open Fire)

The Christmas Song (also known as Chestnuts Roasting on an Open Fire) – Mel Torme’s Christmas song, the author of which is Bob Wells, was written in July in 1945.

The song begins with a description of a typical winter holiday season - roasting chestnuts, turkeys, Christmas mistletoe, nose-nipping frost, warmly dressed people, and a chorus of Christmas carols. Then the text focuses on the upcoming arrival of Santa Claus and wishes for a Merry Christmas to “children between the ages of one and ninety-two”.

According to Tormé's recollections, the song was written in record time (45 minutes) in a terrible heat, and he and Wales wrote it to escape from this heat. The source of inspiration was a few lines scribbled in a Wells’ notebook. The song was first recorded in 1946 by Nat King Cole's trio with the label Capitol. Subsequently, Cole recorded three more versions, both with his trio and as a solo singer. The version released in 1961 remains the most famous to this day. The Christmas Song became the first festive standard performed by the great jazz singer.

This song is also sung by one of the greatest female vocalists in the history of jazz music.

We wish you a merry Christmas

We wish you a merry Christmas is a popular secular Christmas carol. It appeared in Southwest England in XVI century. The origin of this Christmas hymn goes back to the English tradition, where the wealthy people of the community gave Christmas gifts to the Christians singing the carols on Christmas Eve. It is one of a few traditional English Christmas carols, in which the celebration of New Year is mentioned. This song was the last, which Christians sang to people.

And you can't do without an instrumental jazz version of this hit.

“Last Christmas” is a song of the British pop-duet Wham! It was written by George Michael, the partner of the duet. The song was covered by many artists over the following years and PostmodernJukebox also did not miss the opportunity to do a cover.

Read also: Save the Life of Pines and Firs! House Decorating Ideas

Bringing In A Brand New Year

Charles Brown is an American blues singer and pianist, whose style of performance influenced the development of blues in 1940 – 1950 years, and we have a suspicion that you have not listened to this joyful New-Year song before.

Tom Waits said that this song was an incredibly long and it should be ‘cut down to ‘a pony’’’’. This is an alcoholic term for a small bottle. Classical Tom!

McGuire Sisters are a vocal trio, which consists of three sisters: Christine, Dorothy and Philips McGuire, is one of the most popular vocal groups of 1950 years. The sisters themselves did not sing songs, and all their songs were covers of what had already been performed by other artists.

One more remarkable song in our list is My Dear Acquaintance in Regina Spektor’s performance.

Regina Spektor is an American singer of Soviet origin, a lyricist. She performs her songs, accompanying herself on the piano or the guitar. Here she makes the classic version of Peggy Lee's performance even more magnificent.

“Feeling Good” is a song in English, one of the most well-known songs in the American singer Nina Simone’s repertoire.

According to the music site Songfacts, Nina Simone's vocal tricks came close to this song, which expresses the "fun and contentment" of a person who has gone through hard times.

New Year is a great time to enjoy the tranquility with Nora's soothing serenade.

O Holy Night, the original French title “Minuit chretiens” is a famous Christmas song, which is traditionally performed during the midnight Christmas Mass in the Catholic Church.

“Silent Night” is a Christmas Christian anthem which was created in 1818. This is one of the most famous and widespread Christmas carols around the world. 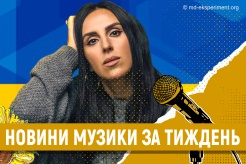 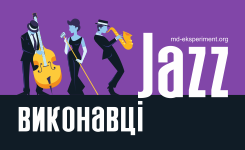 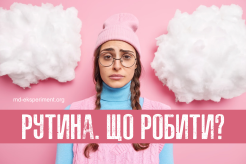