So, let's recall some of the best guitar songs from the rating which was made by the magazine Rolling Stone.

"If you want to learn to play rock and roll, start only with it!" - said Joe Perry about Johnny B. Goode Chuck Berry’s composition.Recorded in 1958, it was the first song about the advantages of the rock-star’s life. It contains the best introduction in the world of rock music right before the words "he played the guitar like a rolling bell" - the perfect description of a rock guitarist starting with Beatles and Rolling. The guitar sounds in the song light, nice, in perfect rhythm. Berry is the author of several other anthems: Roll Over Beethoven, Rock and Roll Music, and, actually, Johnny B. Goode is a real story about how the guitar can change life forever.

The fifth line was taken by Brown Sugar from Rolling. Perhaps the band's most famous riff is in song Satisfaction, but this hit from record Sticky Fingers, built on Jagger's riff, is the band's most unkempt guitar apotheosis. Plus, a secret from Keith Richards: in his sixth-string guitar, the other five are tuned to the banjo tuning.

In 1975, in an interview Jimmy Page announced: the composition Stairway to Heaven crystallized the essence of Led Zeppelin. You can find a lot of things in it. And above all – it’s a masterpiece of dramatic increase. Paige’s acoustic pinches subsequently escalate into brute-force chords that lead us to the legendary solo – a brilliant sequence of phrases that steadily propel us towards what the editors call “rock and roll ecstasy”.

The tenth place went to the song Smells Like Teen Spirit. In the studio, most of the composition was given to the group easily - the guys recorded it in three takes. But Cobain's guitar introduction, left for later, was rerecorded many times. As the record producer recalls, the introduction just maddened Kurt! However, the result was worth the effort: that riff, combined with the dynamics of "loud-quiet-loud" became the definition of rock music of the 90s.

The fourteenth place in rating went to Bruce Springsteen’s song “Born to Run” which was published in 1975. The editors of the magazine note: “The whole endless romanticism of Bruce's early work was in the strumming riffs of the lead guitar, inspired by Duane Eddy. And, in this compositionwe hear one of the most outstanding fender ingredients of the song, from the breaks between verses to the quivering solo”.

The composition 2003 Seven Nation Army from group White Stripes got the 21st line. Commenting on this, the publication asks: “How many sounds can be extracted from one guitar? The answer is a great amount!”JackWhite's six-string guitar performed all the parts here: the bass line,sliding along the strings to smoke from under the fingers, and, of course, this unforgettable, most memorable riff of that decade. Not any other song was then covered simultaneously by both groups: Audioslave and Flaming Lips.

The only thing that a lot of people do not like in this rating is that Sultans of Dire Straits was put behind many compositions of the groups Prince and the Revolution, Rage Against the Machine and U2. The only merit of the song, which the editors recalled in the commentary, is that it "became an alternative to mainstream punk and disco during their reign". Fans say it's already enough to get higher place than 32.

The 33rd place went to Master of Puppets of the sample of 1986. This long track full of variety showed that the Californian metal of that time included more than just lacquered hair and power-chords. The composition resembles a hellish necklace of sharp figures and explosive transitions, strung on the main unrestrained rhythm, with tremors in the form of those pauses, and a guitar that sounds like tires screeching into a drift.

At the 47th position there is Panama from the group Van Halen of 1984.It is one of the best combinations of rock-lightning, experience of technicality and nit-picking from a master who has everything above. The riff of Panama is one of the roughest, and Eddie Van Halen could not design it with great grace. He and David Lee Roth try to outshine each other throughout the song, and both emerge victorious in this competition.

The 51st place went to Ozzy Osbourne’s “Crazy Train”. About the author of her outstanding riff, Randy Rhoads, the publication writes: “The son of two music teachers showed us a version of the super-speed guitar of the classical school, which is more accurate than the one Eddie Van Halen previously offered”. Rhoads and his incredibly clean solo performed here spawned a new race of guitar virtuosos. Looking ahead, let's say that the specified solo entered the rating of Top 10 of another magazine, Guitar World. And now we are listening to Crazy Train performed by Ozzy Osbourne and Randy Rhoads. 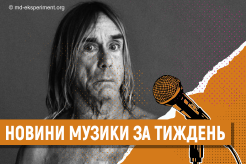 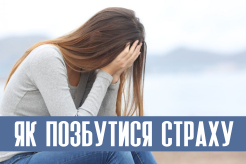